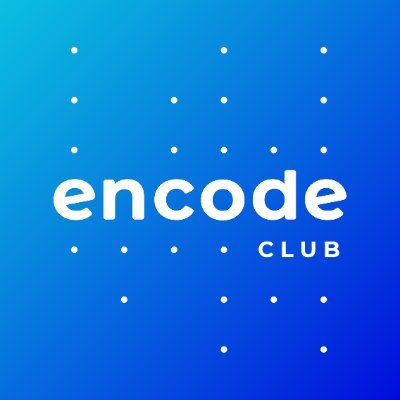 Encode Club was founded in 2020 and launched for two years by Anthony Beaumont and Damir Bandalo to solve Web3’s most pressing problem: talent training and onboarding into Web3. The company educates developers on its partners’ protocols, sources engineering talent for enterprises, and invests in promising startups that emerge.

Encode Club intends to use the $5 million raised to further invest in its hands-on events such as coding bootcamps, hackathons, accelerators, and workshops aimed at onboarding and training developers around the world. Long term partners include many top protocols such as Algorand, Avalanche, Chainlink, Dfinity, Filecoin, Near, Polkadot, Polygon, Solana, Tezos, The Graph and many more. Encode also offers live AMAs with industry leaders such as CZ, Stani Kulechov, Emin Gun Sirer, Tegan Kline, among others.

Anthony Beaumont, Co-Founder and CEO of Encode Club, said, “In the spirit of community building, Encode is committed to enabling the success of ambitious and talented people working in Web3 development. Our approach is unique, both in the quality and number of programs we manage, and in the breadth of ecosystems we support. As we look to the future of Web3, it’s clear we need hundreds and thousands more developers around the world, and Encode Club is ready to help enable that.

Much has been said about the next iteration of the internet that is Web3 and the explosive growth of projects in the next digital age, but the resulting overwhelming need for talented developers in the space presents a pressing concern for the industry. of the blockchain. Additionally, the general lack of interoperability between platforms continues to be a problem for developers. Encode Club strives to respond to these issues with turnkey solutions through its major programs.

Over 15,000 developers participated in Encode Club programs in 2021. This number is expected to grow exponentially to over 100,000 in 2022 across over 100 different programs. After successful completion of a program, Encode Club continues to provide end-to-end support, including dedicated recruiting efforts for individuals, as well as funding and mentorship for startups and projects looking to scale. To date, more than 60 now privately funded companies and protocols have completed Encode Club programs, including 0xmons, Euler, and Reflexer Labs.

Roderik van der Graaf, Founder of Lemniscap, said, “Encode Club’s commitment to meeting Web3’s demand for talent is evident in the range and depth of programs it offers. At Lemniscap, we want to go beyond a step into the Web3 space – we want to plant roots and help actively build a thriving blockchain ecosystem from the ground up. We are honored to have co-led this funding round and are excited to see Encode Club realize its vision for the success of the blockchain developer community.

“Technology education is crucial for scalability and sustainable business models,” said Will Nuelle, investor at Galaxy Digital. “Encode has completely reinvented what an entry-level developer academy is capable of by going from startup to education, incubating, investing and partnering with some of the best talent, protocols and investors in just under two years. We couldn’t be more excited to see how they help Web3 mature and grow even further. »

About the Encoder Club
Encode Club is a web3 learning community operating in person and online around the world. It trains developers across protocols through programs such as hackathons, coding bootcamps, workshops and accelerators in partnership with major protocols including Ethereum, Solana, Avalanche, Polkadot, Polygon, Algorand and many more. ‘others. After completing one of its programs, Encode helps people find jobs or investment funding to go into the crypto space full-time.
For more information, visit https://www.encode.club/.

About Lemniscap
Lemniscap is an investment company specializing in investments in emerging crypto assets and blockchain startups. Since its inception in 2017, Lemniscap has funded multiple investments in the crypto blockchain space, with the core belief that blockchain technology will disrupt traditional business models, driving profound changes to the global economy. The Lemniscap team is made up of talented people from financial markets, PE/VC, technology and entrepreneurship.
For more information, visit https://lemniscap.com/.

About Galaxy Digital
Galaxy Digital (TSX: GLXY) is a technology-driven financial services and investment management company that provides institutions and direct clients with a full suite of financial solutions spanning the digital asset ecosystem. Galaxy Digital operates in the following business segments: Trading, Asset Management, Investment Banking, Mining and Principal Investments. The CEO and Founder of Galaxy Digital is Mike Novogratz. The company is headquartered in New York and has offices in Chicago, London, Amsterdam, Tokyo, Hong Kong, Cayman Islands (headquarters) and New Jersey.
Additional information about the Company’s business and products is available at www.galaxydigital.io.