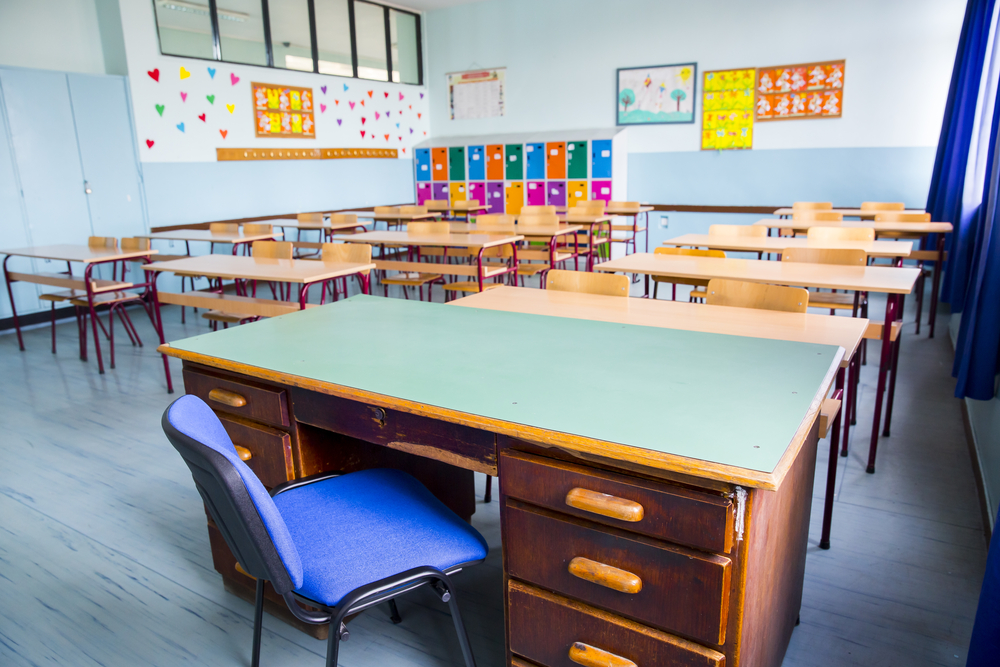 Nikolas Kairinos is the founder and CEO of Soffos, the education technology (edtech) startup that leverages artificial intelligence (AI) to make knowledge accessible to everyone.

Kairinos founded and became the CEO of Soffos in 2018. Since its launch, the company has raised $1.1 million in venture capital. Its most recent raise was in 2020 in a $750,000 seed funding round. The startup isn’t the only one in the edtech space that has enjoyed raising funds recently. Other significant players in the industry include Indian unicorn BYJU and Austrian GoStudent, which raised a $340 million Series D round in January.

During the pandemic, edtech innovators have been quick to tout the virtues of digital learning. China has even suggested new regulations that could result in the introduction of a new agency to oversee all private educational platforms.

The peak of interest is reflected in the data. The number of deals in the global edtech sector rose from 151 in 2019 to 326 in 2021, according to data from research firm GlobalData. However, while the number of rounds has jumped during the pandemic, it seems that hasn’t translated into bigger sums of money flying their way.

In this new episode of our CEO Chat series, Kairinos reveals how having a coffee led him to found Soffos and how the pandemic created an edtech boom.

Eric Johansson: Tell us a bit about yourself. What were you doing before starting the business?

Nikolas Kairinos: I got into computer coding when I was just 11 – it all started because I was so into math and felt that computers could solve math problems faster than people, if we could just program them properly. AI seemed like the inevitable next step, and from there I started my first company at 17 and sold it at 19.

For over 30 years, I am proud to say that I have been involved in accelerating, nurturing and raising capital for a range of different businesses – from real estate to hotel management to lead generation and social media platforms. Right now, I work in edtech, but the prospect of widely harnessing the power of disruptive technology to solve some of the world’s biggest societal problems has always been close to my heart.

Where did the idea for Soffos come from?

I was having coffee with a friend in Cyprus and we were casually discussing our frustration with the way education is delivered. bizarrely, teaching and learning methods still seem to be based on Victorian-era practices, despite the huge advances in technology that could make things much more efficient. This means that there are some pretty fundamental issues that still need to be resolved when it comes to providing lifelong learning for children and adult learners.

One such problem is that the world is currently experiencing a “knowledge explosion”. Never before has so much information and data flown through the air or via fiber optic cables – by the time traditional methods have been used to gather and organize this into a program model, knowledge is obsolete. That’s why there’s very little point in buying a textbook on anything these days. Try reading a book that’s only been in print for six months on, say, web design – not only can this way of learning be extremely expensive, but the information is very likely to be out of date shortly. time after it hit the shelves. Essentially, most of what people learn is irrelevant to the specific problems at hand.

In a world where knowledge is changing faster than it can be passed on productively, it gave me the idea that teaching needs to be more personalized, easy to follow, strongly targeted via micro-lessons on very specific topics or scenarios. Likewise, if we don’t apply and use the information we learn almost immediately, we quickly forget it. Soffos strives to translate these principles into practical solutions.

What’s the biggest misconception people have about edtech?

People think AI-powered edtech software should just be able to interact like a human, right out of the box. This mostly comes from people assuming we’re much more advanced with AI than we actually are, or those who don’t fully realize the limitations of natural language processing assistants like Alexa and Siri. These technologies simply haven’t reached their full maturity yet, and the problems are much more difficult to solve when it comes to more complex tasks, such as the production of personalized learning materials.

How has the pandemic changed edtech?

It has already been said that necessity is often the spur to genius. Without a doubt, the restrictions imposed throughout the pandemic meant that edtech had to change for the better – and quickly. Schools were suddenly forced to start teaching distance courses online, which the majority were ill-equipped to do, while companies were already well aware that their staff training procedures had to change to adapt to the current situation. modern era, but had not yet implemented significantly new technologies. With the vast majority of white-collar workers working almost all the time from home, the adoption of more efficient solutions has naturally accelerated.

That sounds like a good thing – and of course it is – but the truth is that business owners still aren’t the most knowledgeable when it comes to choosing the best solution for their business. Even now, many organizations are implementing multiple platforms in different departments resulting in inefficiency with many people pulling in different directions. The best solutions meet the needs of everyone in the business, rather than relying solely on anecdotal hearsay from various department heads as to their various preferred edtech options – so business leaders should spend more time on their research.

What advice would you give to other CEOs?

One of the best pearls of wisdom I have to offer is to always hire people smarter than you and support them as much as you can – the best CEOs are the company’s first sellers, and it’s vital not to run out of money, so hire smarter lets you focus on those goals. For example, hire someone with investor connections to do the heavy lifting of finding potential investors. Running the business while spending more than half of your time trying to raise capital for seed rounds is incredibly hard work, so don’t spread yourself too thin. The same goes for other initiatives.

What is the most surprising thing about your job?

Every day is different. The most pleasant surprise is how quickly people understand and add value when you invest enough time and quality support – it’s a sure sign you’ve taken the time to hire the right people for the job. work, and that’s something that can’t be rushed. I also like to be surprised by occasional flashes of inspiration where you least expect it – when the social media intern suggests a way around something that has the science team baffled! These light bulb moments prove that everyone’s opinion matters.

I have a few. The fact that there are never enough hours in the day is my most obvious bugbear, and as I mentioned before, people’s misconceptions about AI can also be a source of frustration. Whether it’s because they’ve seen too many Hollywood movies or otherwise, many people think that AI is smarter than humans, or that it’s going to become self-aware and destroy us – but we don’t. don’t live in Terminator-land or deal with Robocop. Even scientists aren’t immune to misunderstandings about AI – in fact, many seem obsessed with doing things the ‘textbook’ way, relying solely on learning by doing. depth, while the overview of symbolic AI should always be taken into account.

What’s the weirdest thing you’ve ever done for fun?

A lot of people would find that strange, especially those who are a bit nervous about being on a plane – but I really like flying from place to place when I get the chance. It helps me think, especially when there is no internet or email in the air!

What is the most important thing happening in your field right now?

The convergence of various technologies, such as AI, virtual reality, augmented reality, 3D printing, IoT, Internet everywhere. In short, learners of the future can expect a much more immersive educational experience, wherever they are in the world. Learning is all about experiences, and these technologies will hopefully allow people to access a whole range of different opportunities, wherever they are in the world and whatever their personal circumstances. . I think it’s very exciting.

What is your backup plan?

Other than continuing to breathe and enjoy great coffee, there is no backup plan. I don’t believe in plan B – I just make plan A work! Obviously, there will be a few pivots along the way to make things work and find the right formula, but I believe staying true to your vision is critical to success.

Lululemon, REI and Patagonia get top marks for resale programs