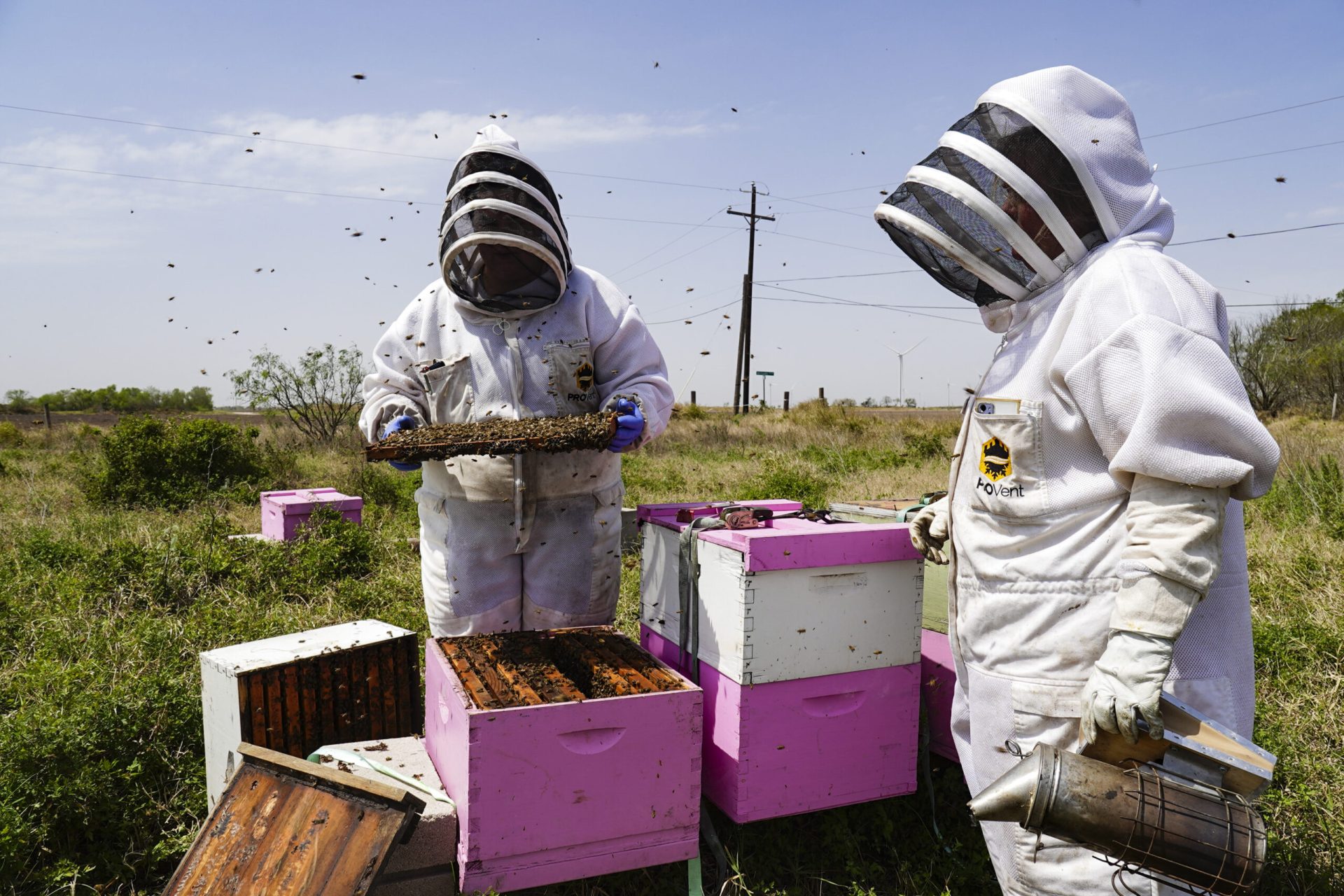 It’s a hobby where you can get your buzz.

Texas A&M AgriLife offers a course called Beekeeping 101 to give novices a taste of what it’s like to form a partnership with one of nature’s most industrious little beasts, the honey bee.

The in-person course will be held in San Antonio on March 25, but this seminar is sold out. AgriLife is offering an online course to be held March 28-29 and April 6-7. The cost of four sessions of the two-hour online programs is $45.50.

“This program is for those with little or no beekeeping experience,” said Molly Keck, AgriLife Extension entomologist and Beekeeping 101 Instructor, Bexar County. “We will help you get started, teaching you the basics of beekeeping to prepare you to have your own hives. You will know what to expect during those first years as a beekeeper.

So what’s not to like? The bees do all the work, they feed, and all you have to do is collect the delicious raw honey produced by the busy bees, right?

“I think that would be a great intro, the only concern I have is if you’re not in a hive it’s harder. I mean, if you take an online course, great, you know what to expect,” said Dawn Johnston, who together with her daughter Devin runs the R9 Hive and Honey bee control service in Lyford.

“But when you sometimes open hives, especially where we’re in the valley – and I don’t want to deter anyone from beekeeping – but people like to try to catch swarms, they’re like ‘Oooh, free bees! “” she added. “But when you’re in the Valley, the free bees are Africanized bees, or can be. So I would still say the course is great, yes, but also get a beekeeping mentor, someone who has more experience and can walk you through what you’re looking at, the sights, the smells, the sounds .

East African lowland bees were introduced to Brazil in 1956 by a researcher seeking to improve honey production in the tropics by crossing them with European bee varieties. A year later, 26 swarms escaped quarantine and went rogue.

The theory is that by interbreeding with established, gentler bees, the aggression will eventually be eliminated from them.

But that doesn’t seem to be the case as the bees continue to push north.

Called “killer bees” by some, it may be an exaggeration, but they have nonetheless caused human deaths in Texas by swarming with victims and stinging en masse.

European honey bees can also sting when protecting their hive.

“Africanized bees tend to be faster at gunfire,” Johnston said.

The reality of almost certainly encountering Africanized bees here in the Rio Grande Valley makes it all the more important to have a beekeeping mentor, she says.

“I always recommend that you find a local bee club,” Johnston said. “We have one in the valley, and/or a local beekeeper who says, ‘Hey, can I take your brain, can you take me to a beehive? And I always offer that just so people know what they’re getting into. It’s much safer that way.

Or for together at the top

The AgriLife online course covers many basics about honey bee life cycles, its caste system, where to place a hive and how to understand what is going on inside the hive.

But if you live within the city limits, there may be ordinances against beekeeping, and it may not be fair to the bees if they don’t have enough room, and the flowers and flowering trees to forage on.

“It depends on the city ordinance and where you are. If the city says no, no means no,” Johnston said. “But that doesn’t mean you can’t be a beekeeper. Maybe you have a friend who has two or three acres outside of town, or you know someone who has a ranch, a few hundred acres that you can plant bees on.

“It just depends on what you want to do with it,” she added. “If you’re going to catch a swarm and plant it in your garden in the middle of a cul-de-sac in town, then expect those bees not to visit your neighbors or irritate your neighbors, c ‘is wrong ! You have to know what you’re getting into. »

So the apartments terrace is probably out?

Costs can to be high

Johnston warns that beekeeping, as rewarding as it is, doesn’t come cheap.

She has about 150 hives of mostly salvaged bees that have been removed from homes or yards as part of her business operations. A single hive can hold up to 50,000 bees, and these bees, at least the wild ones, need about 264 pounds of honey a year just to survive.

“Bee keeping is very expensive. If I need to replace the queen, a queen is $40. And that doesn’t include overnight shipping, because they can’t just mail it out and hope it gets there,” Johnston said. “And there’s no refund on that. If she arrives dead at your house, no, you don’t get your money back.

Boxes for hives start at around $150, and that’s for a relatively inexpensive model. And the protective suit?

“I want anyone who’s interested to know that’s what they want to do, because it’s a lot of work. And if one of those swarms comes through and takes out your Italian queen and puts her Africanized queen in there, you need to know about it. Just doing an online school gives you a lot of grounding, but it doesn’t give you the practical knowledge.

For a taste of this practical knowledge, Johnston says to call him.

“If you want to go out and put your head in a hive of bees just to see what it looks like, great! I have costumes. Let’s go!”

WHAT: Beekeeping 101 for beginners

WHO: Texas A M AgriLife

Ghost towns, closed stores and the online shopping boom: how retail has changed since the start of the pandemic