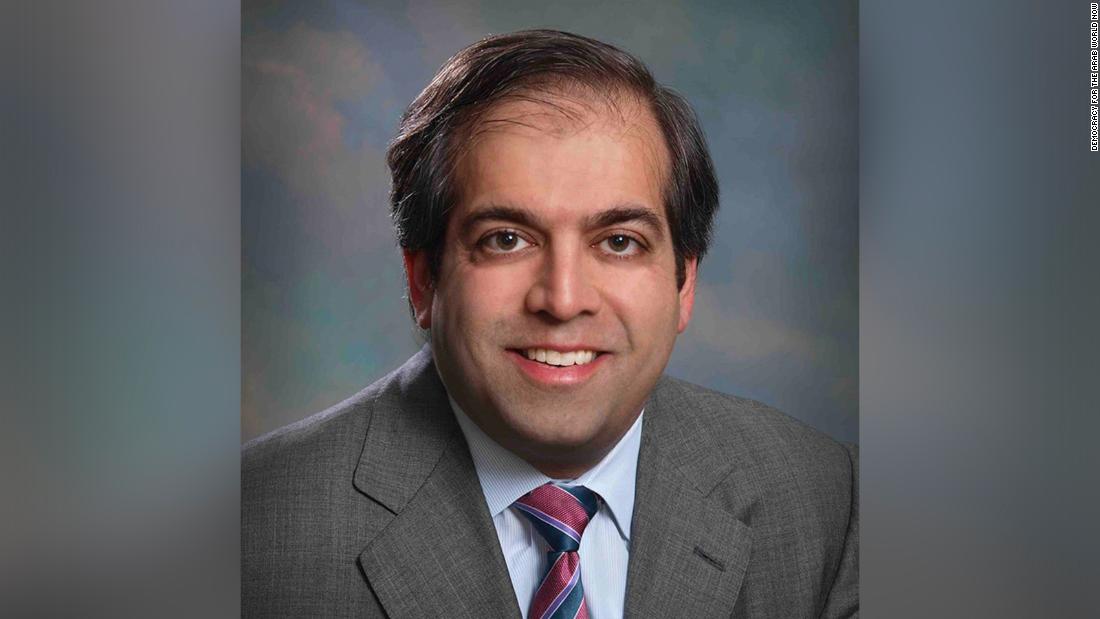 The Abu Dhabi Money Laundering Court found Ghafoor guilty of “two crimes of tax evasion and money laundering related to a tax evasion operation in his country and sentenced him to three years in prison and a fine of three million dirhams”. [$US 816,748]with deportation from the United Arab Emirates,” according to WAM.

Ghafoor, who is also a co-founder and board member of their organization, was arrested by United Arab Emirates security officers at Dubai International Airport, the human rights group said on Friday. man Democracy for the Arab World Now (DAWN). Press release.

According to WAM, the matter arose when US authorities requested legal assistance from the UAE regarding their investigations into Ghafoor for alleged tax evasion and suspicious money transfers to the UAE, prompting Abu Dhabi to investigate his bank accounts.

The Public Ministry of the United Arab Emirates (PP) in Abu Dhabi has started to implement and study the request for legal assistance and to verify the nature of the financial transactions related to the accounts and the bank transfer, WAM reported. The PP reportedly found suspicions of a money laundering crime that occurred in the country.

The PP “welcomed the mutual coordination to combat transnational crimes with the United States, which led to the arrest of the accused, and his presentation to the Abu Dhabi Criminal Court in accordance with the legal procedures established in this regard “, reported WAM.

The US State Department responded to Ghafoor’s sentencing on Saturday.

“We are aware of the arrest of US citizen Asim Ghafoor in the United Arab Emirates. We have raised his detention at higher levels with the Emirati authorities and requested additional information. We are following his case closely and providing appropriate consular support U.S. Embassy consular officers visited him today,” a State Department spokesperson said. “We have expressed our expectation that Mr. Ghafoor’s rights to a fair and public hearing and due process guarantees will be fully respected and that he will be treated humanely, as well as the rights of the United States to consular access are fully respected.”

DAWN said he informed the US State Department of his detention on Thursday, when he arrived from the United States in Dubai in transit to Istanbul. DAWN said US consular officials met with Ghafoor on Friday and said he was being held in Abu Dhabi on charges related to an ‘in absentia’ money laundering conviction, but Ghafoor ‘had no knowledge of any legal matter against him and no reason to believe he was involved in any dispute law in the United Arab Emirates,” according to a Friday press release issued by DAWN.

Ghafoor passed through Dubai International Airport without incident less than a year ago, according to DAWN.

CNN has contacted the UAE government for further comment.

“We are outraged by the wrongful detention of our board member and extremely concerned for his health and physical safety given the well-documented record of abuse in the UAE, including torture and inhuman treatment,” said Sarah Leah Whitson, executive director of DAWN, said Friday. “We urge the Biden administration to secure the release of an arbitrarily detained US lawyer before agreeing to meet with the leader of the United Arab Emirates [Sheikh Mohammed bin Zayed Al Nahyan] in Jeddah tomorrow.”

US officials had said earlier on Saturday they were “aware” of reports that Ghafoor had been detained in the United Arab Emirates, but declined to provide further details of his arrest.

“I will say that there is no indication that this has anything to do with Khashoggi, or anything else. But we are aware of that,” a senior US administration official said.

Another administration official said the United States had raised Ghafoor’s detention “at senior levels with Emirati authorities” and “requested additional information” about his situation.

Consular officers from the US Embassy visited Ghafoor on Saturday, the senior US administration official said.

Khashoggi, a Saudi journalist and Washington Post columnist who was critical of Saudi leaders, was killed in a consulate in Istanbul, Turkey, in 2018.

The United States last year declassified an intelligence report concluding that Saudi Arabia’s Crown Prince Mohammed bin Salman approved the operation to capture or kill Khashoggi.
Despite once promising to make Saudi Arabia a “pariah” on the world stage, Biden slammed the crown prince when he met in Jeddah on Friday – a salute that critics argued validated bin Salman on the world stage and Washington Post editor Fred Ryan called it “shameful.”

Biden told reporters later that he raised Khashoggi’s murder directly with Prince bin Salman and said he believed the crown prince was responsible.

Saudi Foreign Minister Prince Faisal Bin Farhan told reporters on Saturday that “the Crown Prince responded quite clearly to President Biden’s remarks on the Khashoggi case, that this crime, while very unfortunate and heinous, is something the Kingdom took very seriously, acted in a manner commensurate with its position as a responsible country.These are problems, mistakes that happen in any country, including the United States.

DAWN is an organization that describes itself on its website as “a dedicated group of analysts, researchers, lawyers and activists who aim to realize Khashoggi’s vision of helping to promote democracy and human rights. ‘man in the Middle East and North Africa’.