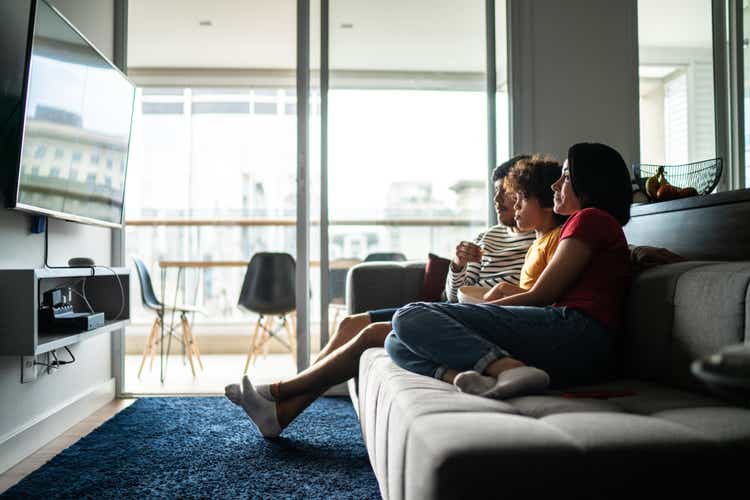 Investment Thesis: Nexstar Media Group could see a rebound in political advertising revenue growth due to interest in the upcoming midterm elections. However, inflation and potential termination of television subscriptions could be a risk factor for the company.

In a previous February article, I argued that Nexstar Media Group (NASDAQ: NXST) could see a significant rebound in political ad revenue ahead of the U.S. midterm elections.

That being said, we have seen prices drop significantly lately:

The purpose of this article is to examine whether the recent consolidation is justified – especially given the performance of the previous quarter – and whether we can expect to see a rebound higher from here.

One of the main reasons Nexstar Media Group experienced a significant decline was a sharp drop in political advertising revenue compared to that of Q4 2020 – when interest was high following the US presidential election.

On a yearly basis, we can see that while net income grew modestly by 2.8%, this was heavily hampered by the 91.1% decline in political advertising revenue. In contrast, Core Advertising revenue grew 12.1% over the same period.

It’s worth noting that it’s not uncommon for the company to see a significant drop in political advertising revenue during periods of calm across the political spectrum. For example, Nexstar Media Group had previously seen a decline of almost 80% on an annual basis to just over $51 million for Q4 2019 compared to the previous year.

From this perspective, given that core ad revenue continued to grow respectably on a year-over-year basis, a recovery in political ad revenue should once again significantly bolster net income growth.

From this perspective, the stock could have significant upside potential if net income growth picks up due to a rebound in political advertising revenue.

From a balance sheet perspective, we can see that the company’s unrestricted cash levels (i.e. cash that can be spent freely without having to be used to service debt) have increased by 25%, from $152.7 million to $190.9 million.

Furthermore, we note that the total consolidated debt has decreased by just over 3% compared to the previous year.

In that regard, the fact that the company was able to bolster its cash reserves despite a decline in overall TV advertising revenue is quite impressive.

Looking to the remainder of the year, a significant driver of Nexstar Media Group’s share price recovery is a recovery in political advertising revenue. While this segment is expected to trend higher ahead of the midterm elections, further downside risks should be considered if revenue growth falls short of expectations.

While inflation is expected to be a politically contentious issue in the coming semesters, it is also impacting the willingness of some customers to afford TV subscriptions. With the price of basic necessities such as food and gasoline rising, we could see more Americans choosing to cancel TV subscriptions.

For example, a survey by Mohu in November 2021 revealed that approximately 44% of American adults plan to cancel at least one TV subscription in the next six months. This was before the current situation in Ukraine heightened concerns over food and fuel prices, and it is possible that this trend will accelerate.

From this perspective, the main risk for Nexstar Media Group is that, although political advertising revenues may see a significant increase in the future, the magnitude of the increase may be less than expected. wait for a midterm election year if the cost of television services proves to be too high. prohibitive for a significant proportion of Americans.

In closing, Nexstar Media Group appears to be in a strong cash position and could have a significant advantage from here if the rebound in political advertising revenue proves strong enough. However, inflation and the resulting potential cancellations of television subscriptions could prove to be a challenge in the future.

Additional Disclosure: This article is written “as is” and without warranty. The content represents my opinion only and does not constitute professional investment advice. It is the reader’s responsibility to exercise due diligence and seek investment advice from a licensed professional before making any investment decision. The author assumes no responsibility for any action taken based on the information in this article.