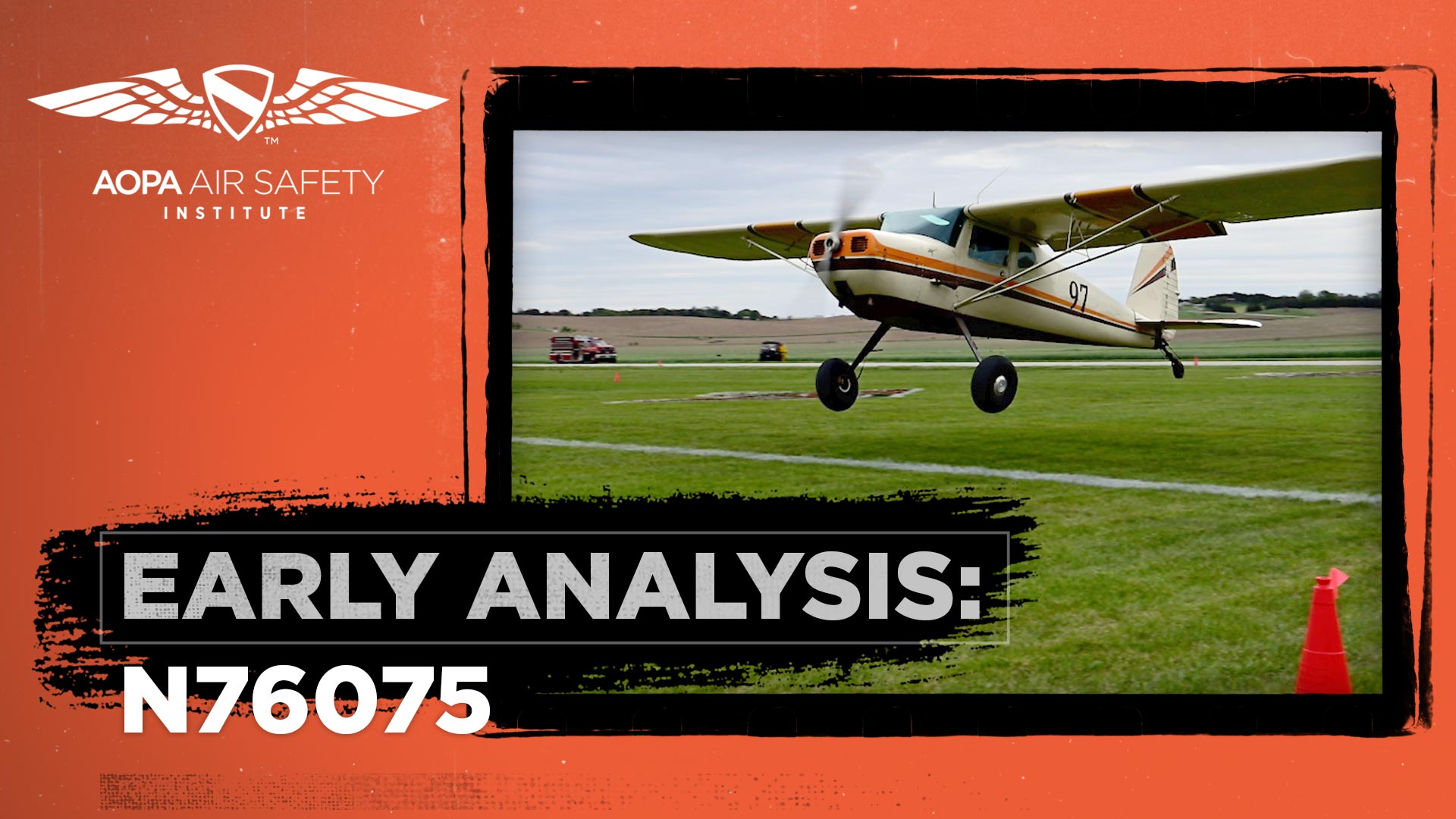 On May 20, 2022, a Cessna 140 crashed during the MayDay STOL (Short Takeoff and Landing) event held this weekend in Wayne, Nebraska. No one on the ground was injured. Unfortunately, pilot Tom Dafoe, the sole occupant of the aircraft, died in the crash. The winds were too strong that day to hold the STOL Drag competition, a test of speed and accuracy measured by combined take-off and landing time and distance. Dafoe and other pilots decided to do a traditional STOL demonstration where pilots fly a typical box model keeping the takeoff and landing distance as short as possible.

It appeared that Dafoe’s Cessna 140 had made an S-turn to space out behind a Zenith 701 to compensate for the Cessna’s faster speed resulting in a stall/spin accident. This accident should remind us to have a plan B in mind when we are closely spaced behind a slower moving aircraft, such as stopping and performing a go-around. STOL events are fun and exciting, bringing people together in aviation and we want to make sure we can continue to enjoy these events. This unfortunate accident provides lessons to help all pilots protect themselves against a stall/spin accident.

In First analysis: N76075the AOPA Air Safety Institute is conducting a preliminary assessment of the crash, addressing notable parts of the tragic flight and highlighting areas the NTSB will likely investigate to determine probable cause.

Take the AOPA Air Safety Institute Essential aerodynamics: stalls, spins and safety online course to learn more about the factors that may have contributed to this accident.