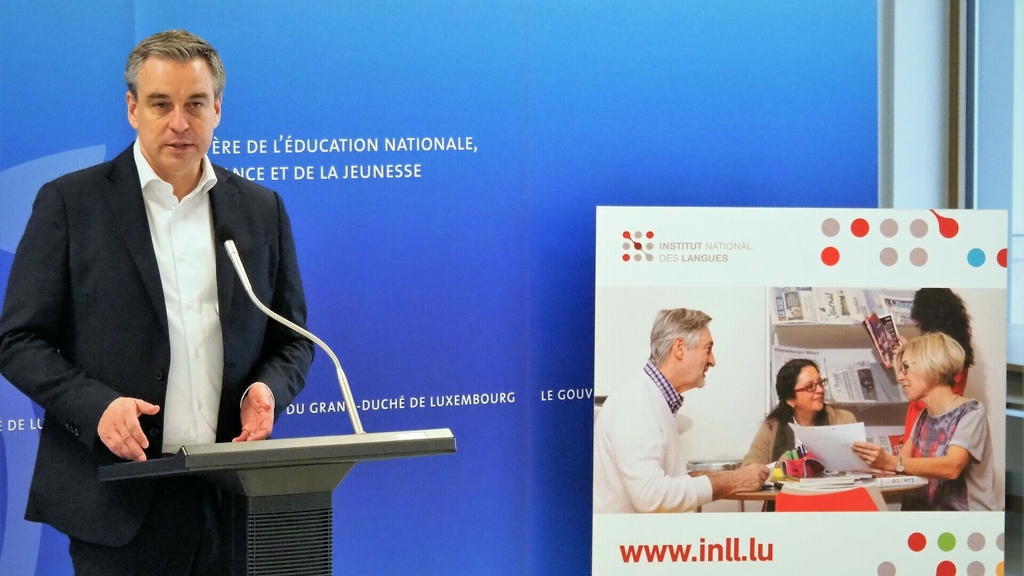 More and more people are interested in learning Luxembourgish and not only within the borders of the Grand Duchy, but also abroad.

For this reason, the offer of the National Institute of Languages ​​(INL) will be constantly expanded, both online and in the form of an increased number of courses available.

Education Minister Claude Meisch stressed that the Luxembourgish language is “more popular than ever”, adding that Luxembourgish is “a key factor for integration”, both in professional and social life.

It’s clear that more and more people want to learn the language, with Meisch pointing out that over the past ten years the number of people signing up for classes has “virtually doubled”. The figure to which the Minister refers takes into account both the courses offered by the INL and those offered by the Ministry of Adult Education, the latter being available throughout the country.

In 2022, more than 5,600 people registered for INL courses. To meet the increased demand, the INL will receive a second annex in Ettelbruck. However, the Institute’s online offering will also be expanded. Maisy Gorza, the director of the INL, announced that a new online learning platform will be launched “soon”.

According to Gorza, the platform will allow learners to practice vocabulary, grammar and pronunciation. Users will first take a placement test, which will determine their level in the various skills. Based on the results, learners will be offered a personalized program.

Initially, the platform will launch with courses aimed at beginners. This material is also aimed at people living in the border region, where interest in learning Luxembourgish is also on the rise. Luxembourg authorities are already working alongside several “Volksshochschulen” in Germany, municipalities in the French region of Lorraine, as well as adult education institutes across France to offer courses, according to Eric Goerens, director of the Department of adult education.

Goerens explained that most people interested in learning Luxembourgish want to work in the country. However, some are also “elderly people who want to learn Luxembourgish because they have come into contact with the culture and the language”.

According to Meisch, the courses will mainly be aimed at people who want to work in sectors such as healthcare or hospitality. The Minister also pointed out that the demand for Luxembourgish courses even goes beyond the borders of the European continent. After the Luxembourg Embassy in Paris began offering Luxembourgish lessons, the Embassy in the United States also showed interest. People with Luxembourgish ancestry are often interested in learning the language.

At RTL Today, we have also launched a series dedicated to learning Luxembourgish: everyday phrases accompanied by a grammar article. New lessons will be given every Sunday, along with pronunciation guides.

Click here for daily phrases and here for our first lesson’s grammar article.