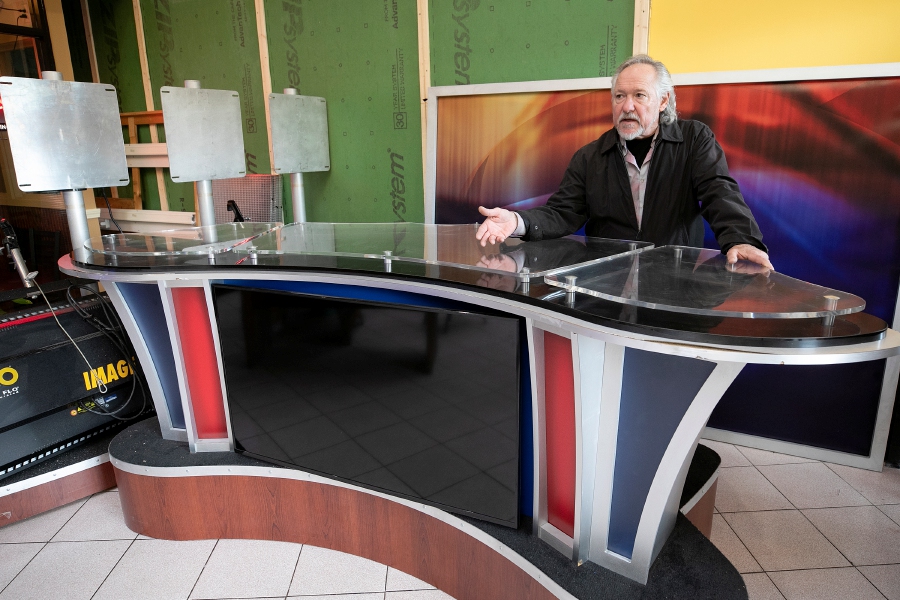 SOUTHINGTON – Streaming TV and online shows may soon begin airing from a studio at El Sombrero Restaurant and Cantina on Queen Street.

Roger Dietz, owner of a local media company, bought a TV from a local TV station with a desk, lights and a backdrop. He began installing it in El Sombrero on Queen Street after pitching the idea to El Sombrero owner Shawn Daigle.

Dietz is also working on programming for his brand new Southington TV, which has so far highlighted parks, businesses and people in the area.

“That will be all about Southington,” Dietz said.

The channel is available on Roku, Apple TV, Amazon Fire, and www.southingtontv.com. Dietz started it earlier this year and plans to host a launch party in El Sombrero next month.

“I think it’s going to be a pretty cool thing for Southington,” Dietz said. He is the owner of RDS Media, which publishes Southington Magazine and similar publications in the region.

Dietz said he shot drone footage in area parks, recorded a candidate forum ahead of the election, and worked with schools to broadcast games and concerts. Dietz and video producer Rich Conway also recorded parts of the Apple Harvest Festival.

It also seeks to broadcast live events, such as church services.

With a professional studio, Dietz said there were more and more options for other programs.

“We have the news office, the lights, we have a TV camera, lighted walls, everything,” he said.

Brian Williams, president of Northshire Consulting, plans to broadcast a regular financial news program once the studio is finished.

He has built an online audience for financial news with a YouTube and Facebook channel. His show, 401k and Beyond, focuses on major financial events. Williams specializes in retirement investing and has found that his usual meetings with employees in company buildings have dried up with the pandemic. The online platform allowed him to reach customers in other ways.

Williams got involved with Southington TV after recording a promotional video for the campaign to vote ‘yes’ on the new library building. He asked various residents of the city to say why they thought a new library was needed.

“We had high school kids, we had older people, we had politicians left and right,” Williams said.

Dietz said he was working on partnerships with the Southington Chamber of Commerce, a local wellness clinic, real estate professionals and others to create shows.

“It’s going to be things like that; events, companies, people, ”he said.

Last minute online shopping? Here are some tips to protect your money from fraudsters